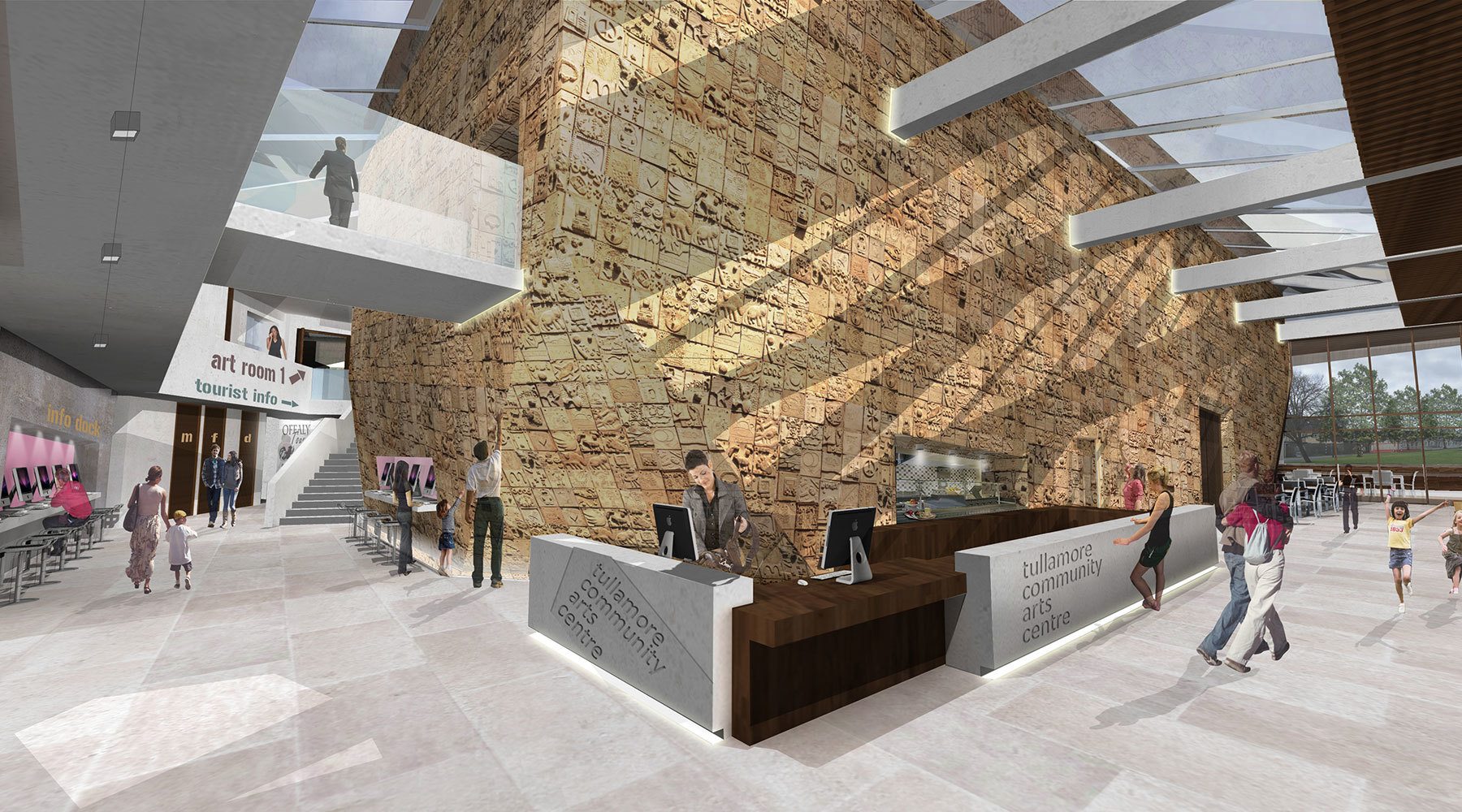 A new community and artistic ‘heart’ for Tullamore and County Offaly

As part of our Stage 2 research we had discussions with various people involved in similar community and arts venues and a consistent theme emerged. This was about the importance of attracting broad based support and of fostering a sense of community ownership for such a venue, particularly in harsh economic times.

So while our conceptual focus in Stage 1 was on designing a building concerned with place and imbued references to landscape, bogs and turf cutting, in Stage 2 our focus has been on how to develop the design in a way that would be more about the people of Tullamore and Offaly. A building that could engage, stimulate and help nuture a sense of collective community ownership for the project. More precisely, how could we help lay the foundations for the centre to become the cultural and community heart of the Town and County?

Once again the references have emerged from landscape rather than urban typologies. From the initial idea of the ‘theatre in the park’ the form of the auditorium has developed into a weathered and angular form reminiscent of the Neolithic stones prevalent throughout the Irish landscape, many of which are inscribed with the cultural and mythological symbols of ancient times. From this we developed the idea that the outer walls of the auditorium should bear the imprint of the community who will own it.
The outer walls of the auditorium will be clad in over twenty thousand of terracotta tiles, each one hand-made by members of local societies, community groups, local school children, businesses or simply individuals wishing to have their thoughts or ideas be part of their new building. The overall effect will be a fantastic expression of the diversity and richness of the community; the interests, ideas, culture, memories and aspirations of local people will be at the heart of the project. The public could be invited to donate 10 euros per tile to put their individual imprint on their new building, potentially raising up to £200,000 and ensuring community ownership is at the core of the project

The cladding concept derived from the cutting of the turf from raised bogs, synonomous with County Offaly. A concept board of fumed oak was prepared during stage 1 design and during stage 2 a full size mock-up was prepared using western red cedar with colour pigmented preservative. WRC shakes are commonly guaranteed for 40 years but often last much longer than the manufacturers guarantee. 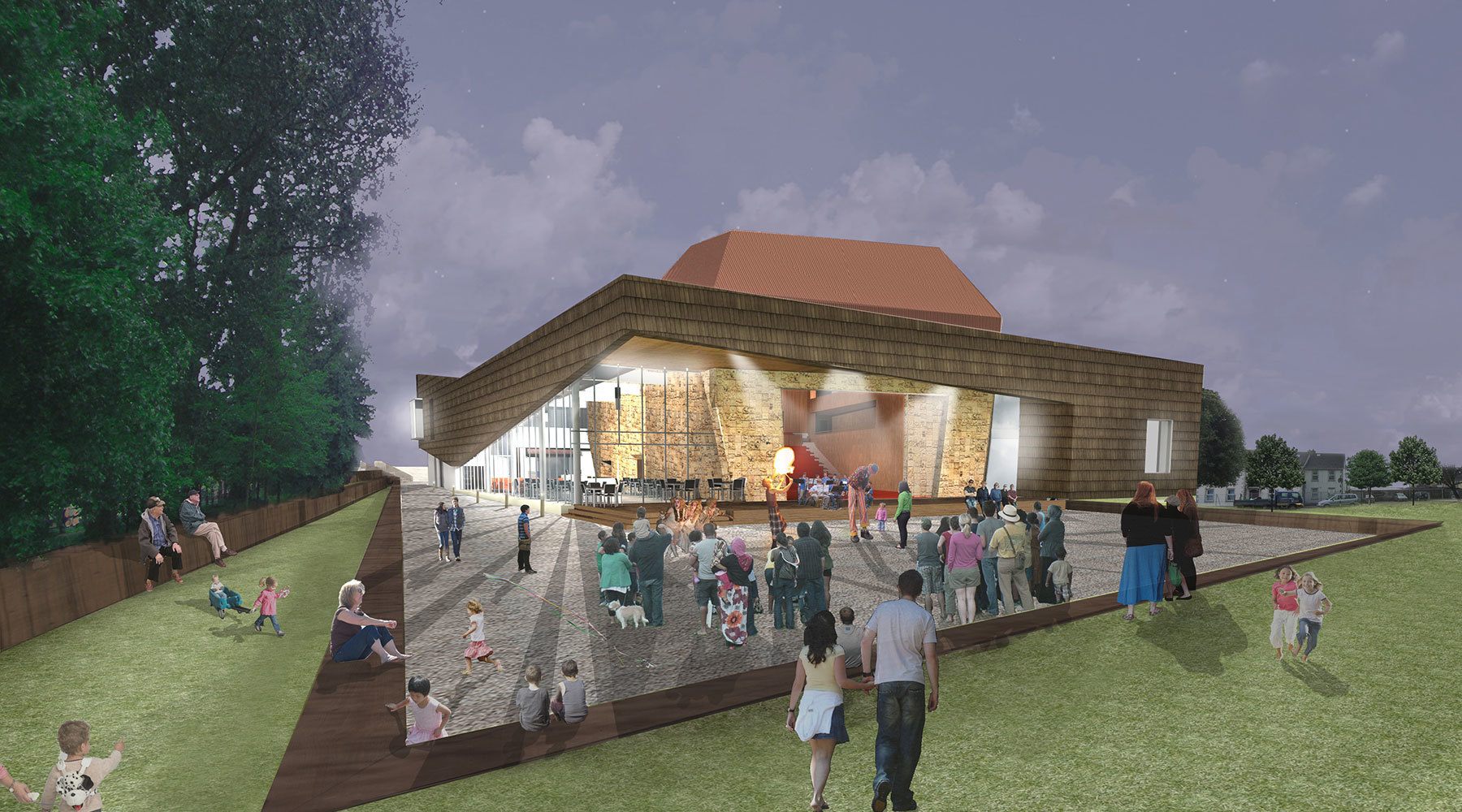 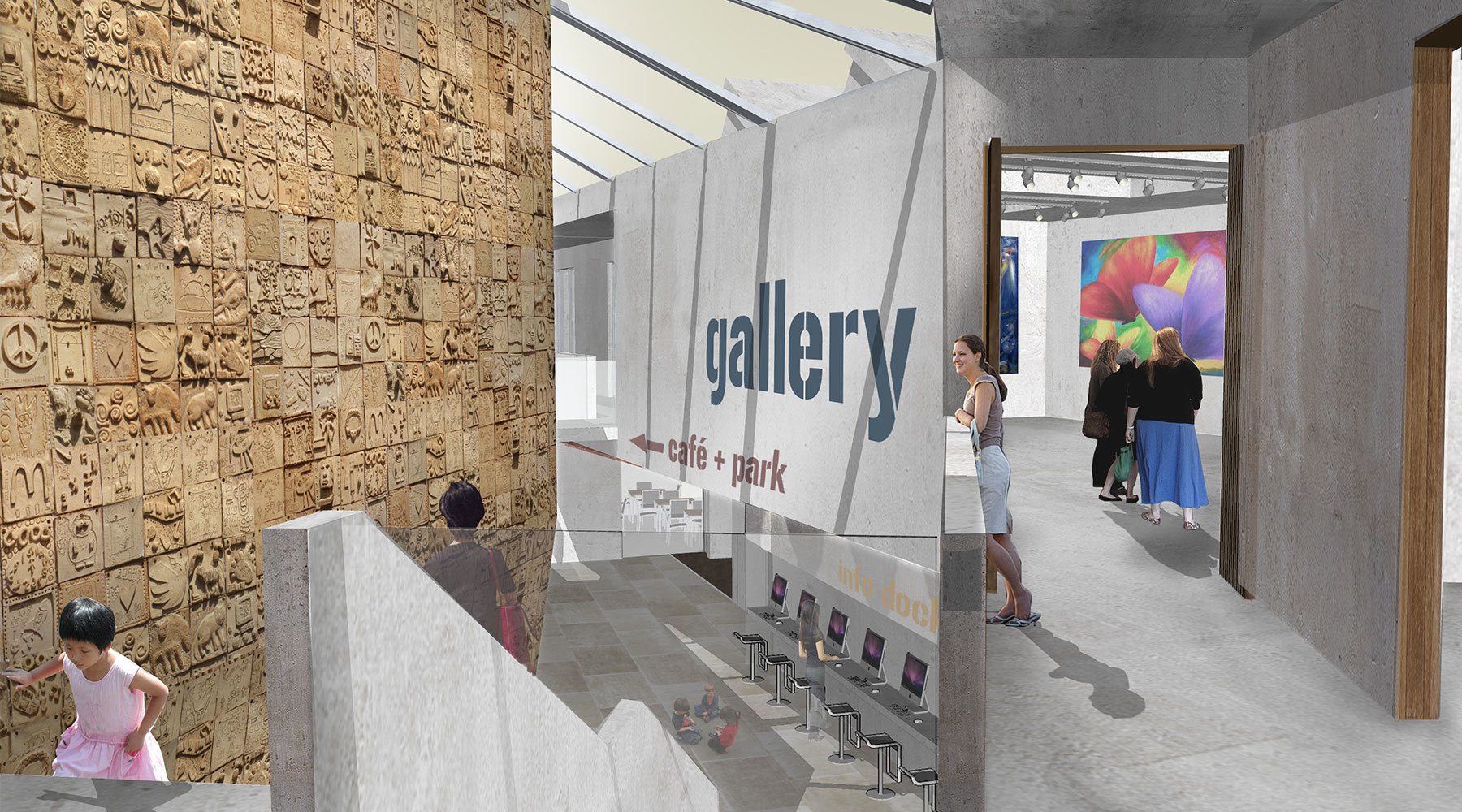 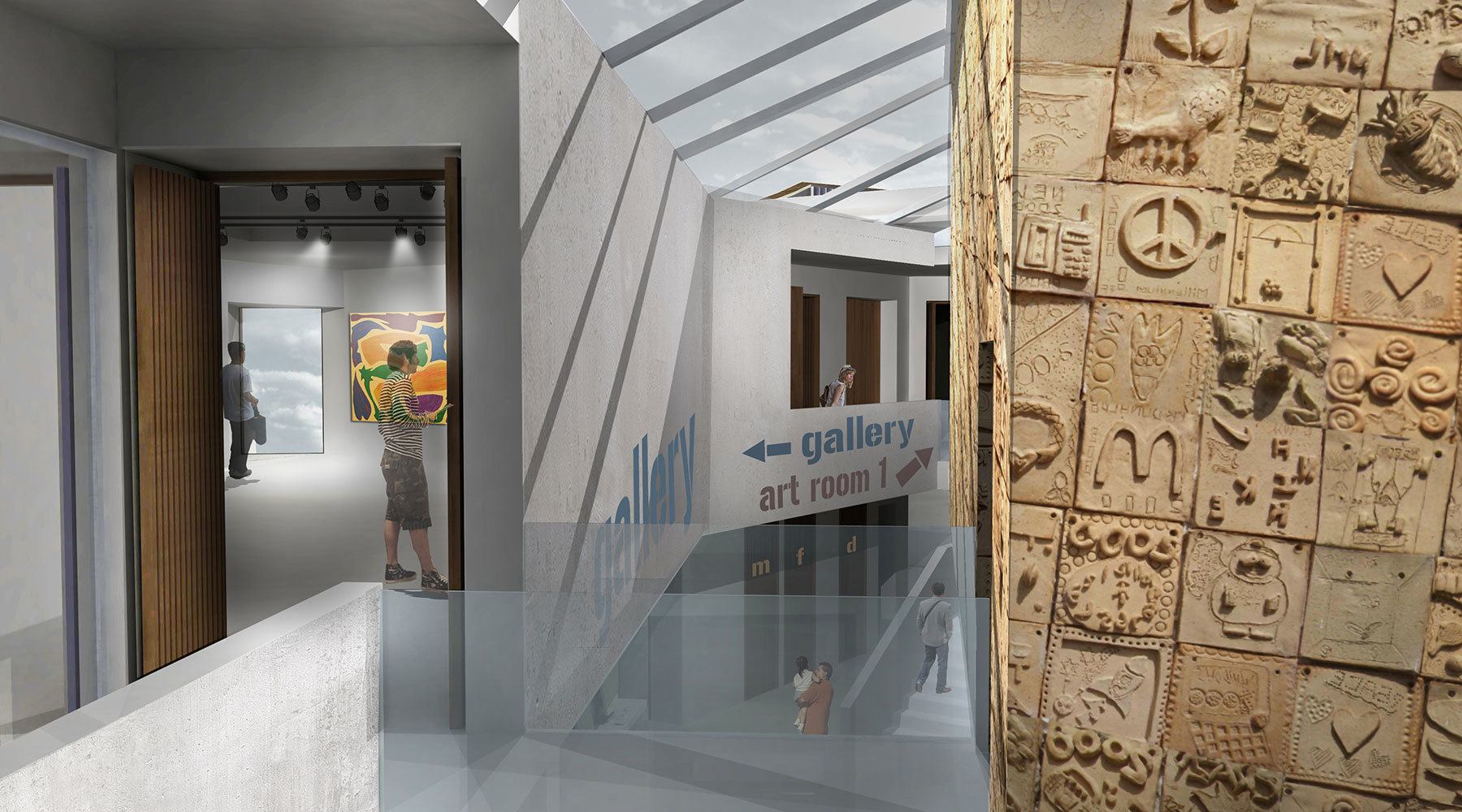 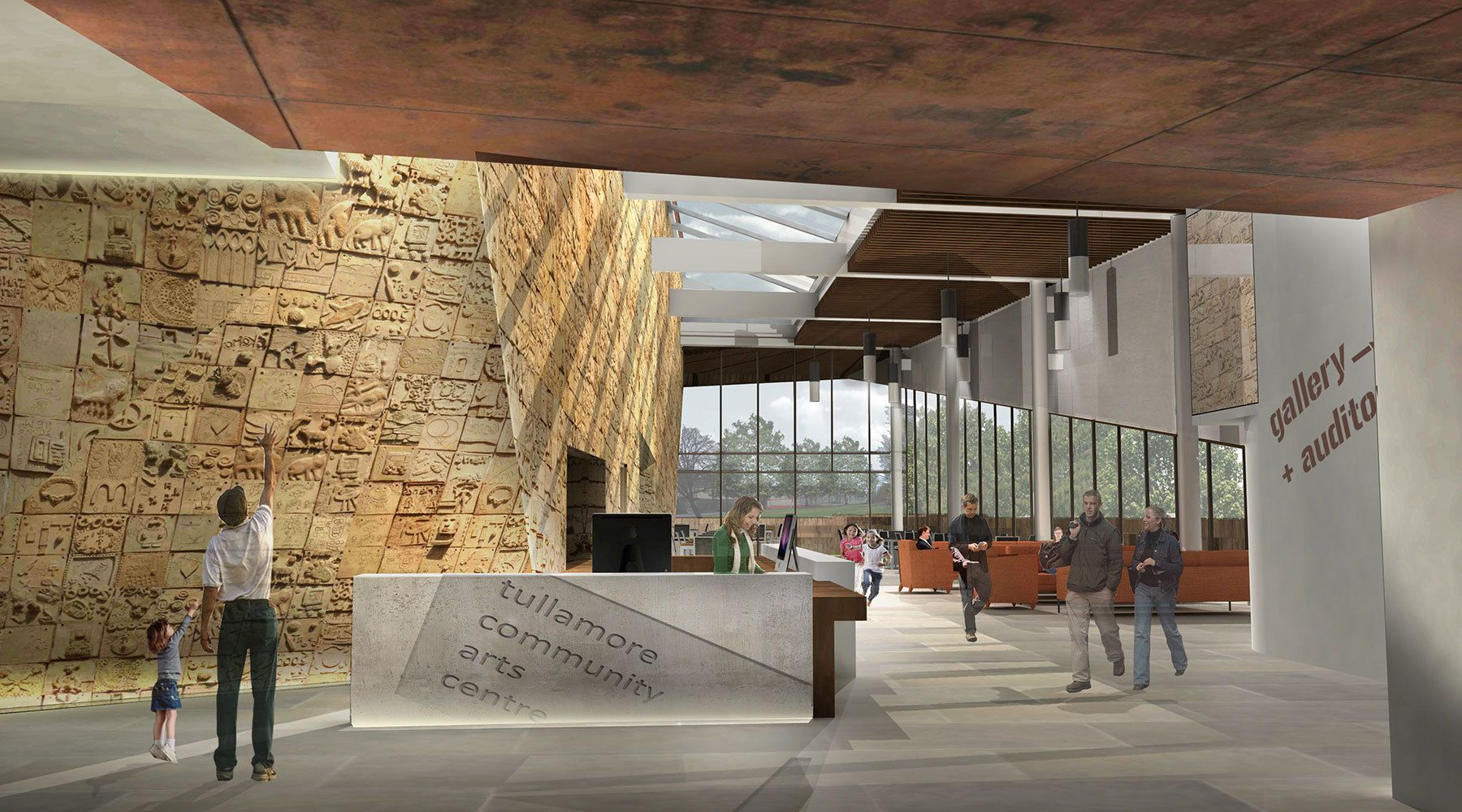 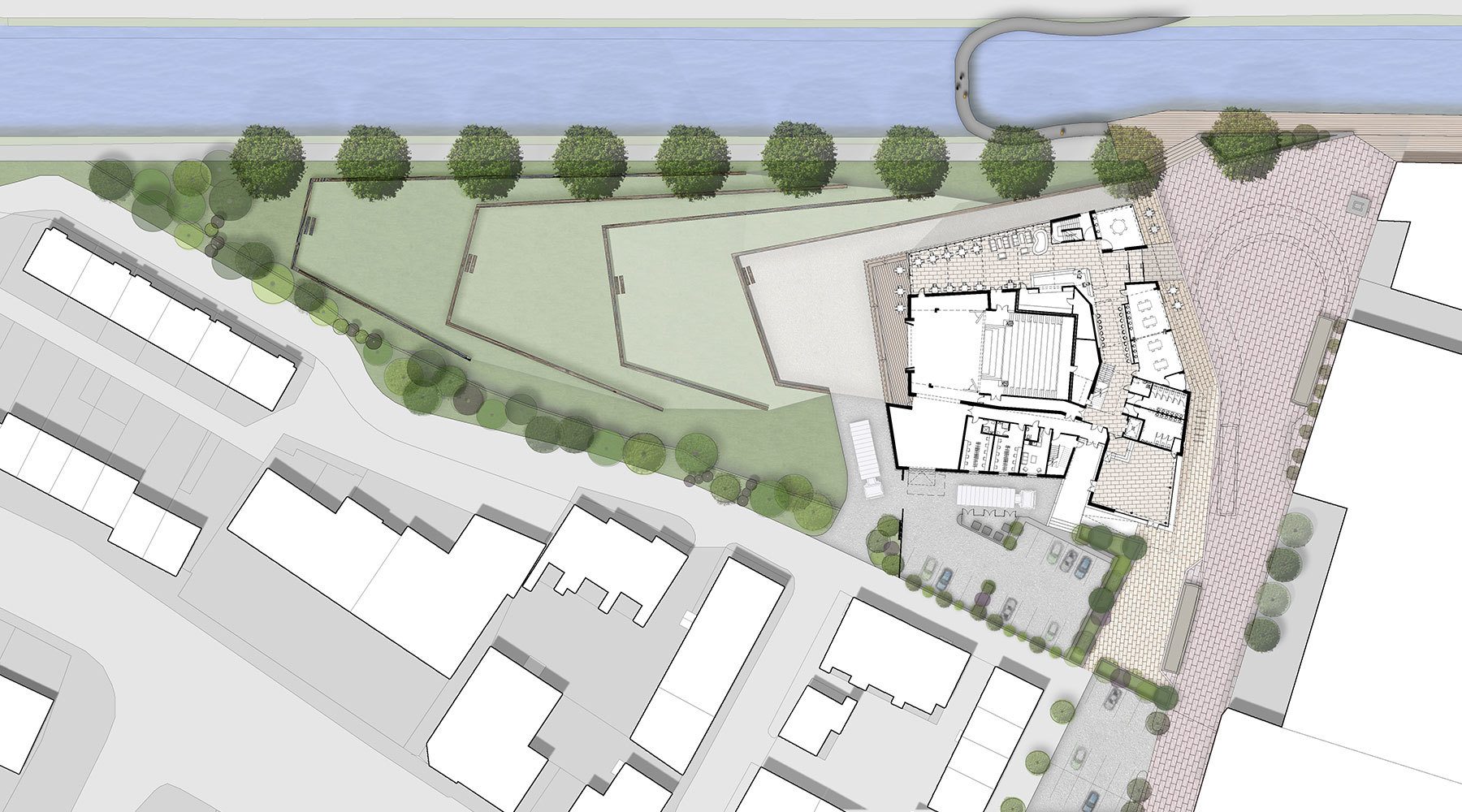 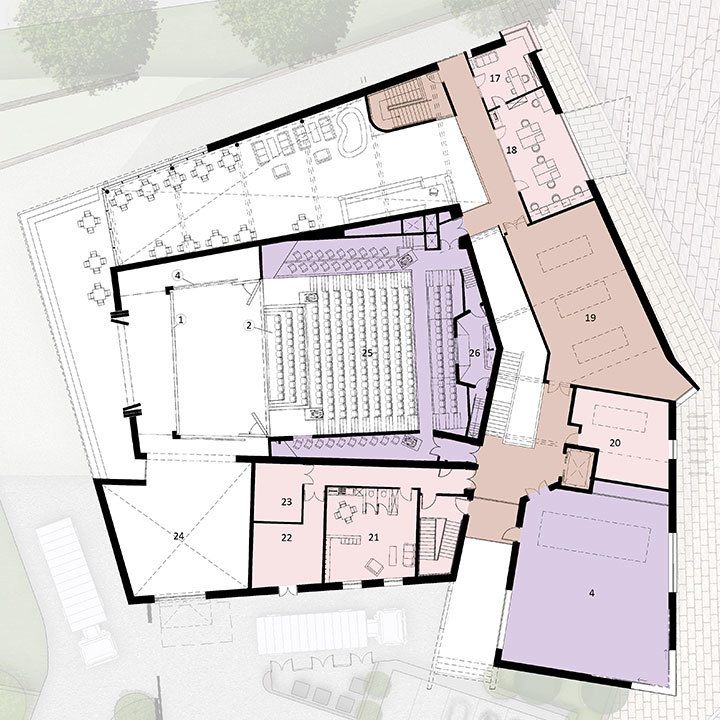