RMI Architects are an award winning design studio based in Belfast but with work across UK, Ireland and United States. We are committed to creating Architecture that can positively influence our environment and enrich our lives and we endeavour to design buildings that are responsive to their context, are well-crafted and which have the potential to inspire. We work across a wide range of sectors and scales and our approach is underpinned by our ambition to Respond, Make and Inspire.

We enjoy working with Clients who share our passion for creating great buildings and places but we also understand that delivering successful projects is about more than great design. We recognise that great design also has to work within commercial realities and that delivering successful projects is very much a team effort. At RMI we work closely with our Clients to establish their requirements and aspirations at the outset. We translate this into a clear vision for the project, foster collaboration among the Client, Stakeholders, Design Team and Contractor and provide leadership to ensure the vision is translated into a successful project which exceeds expectations. 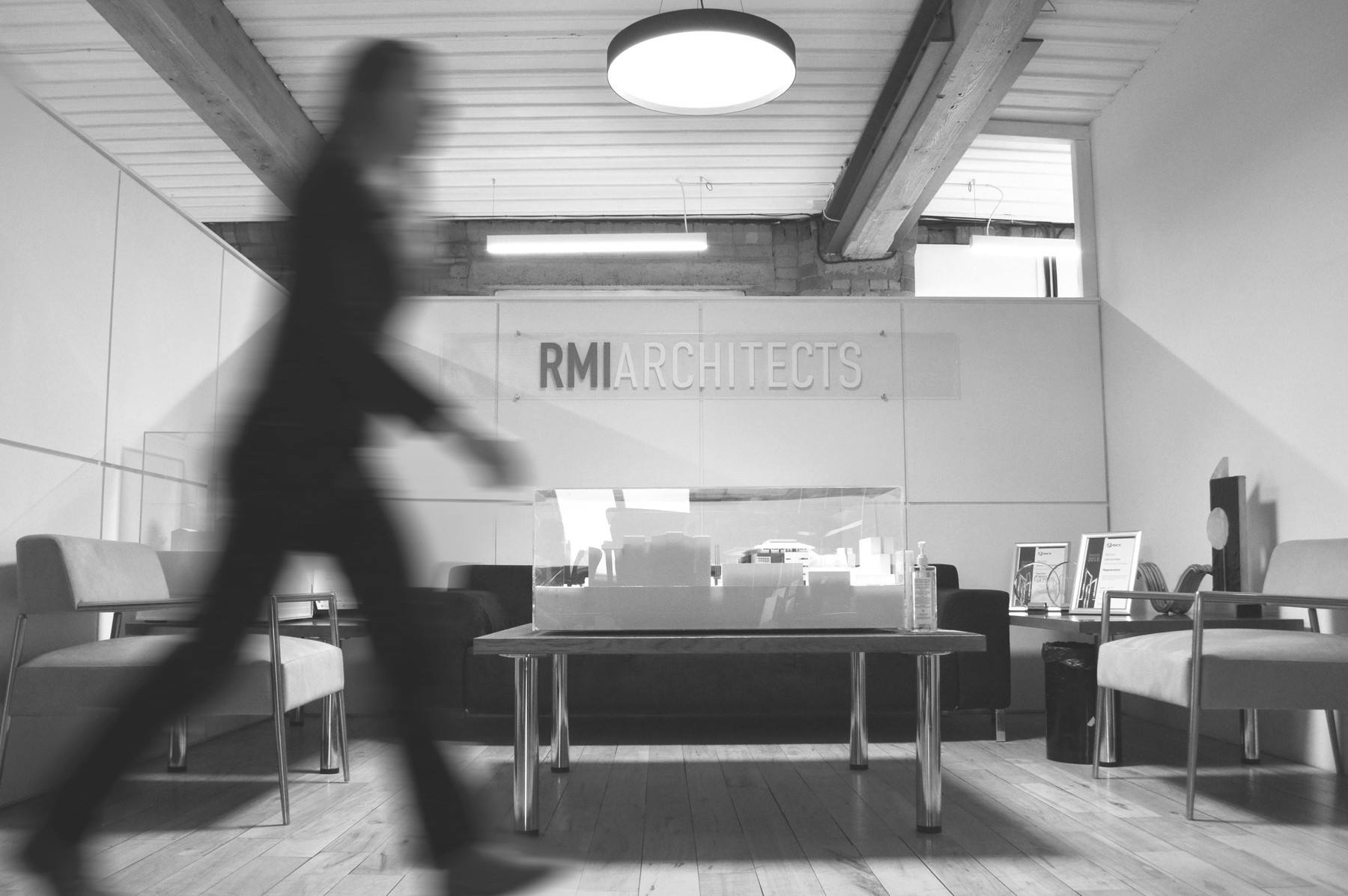 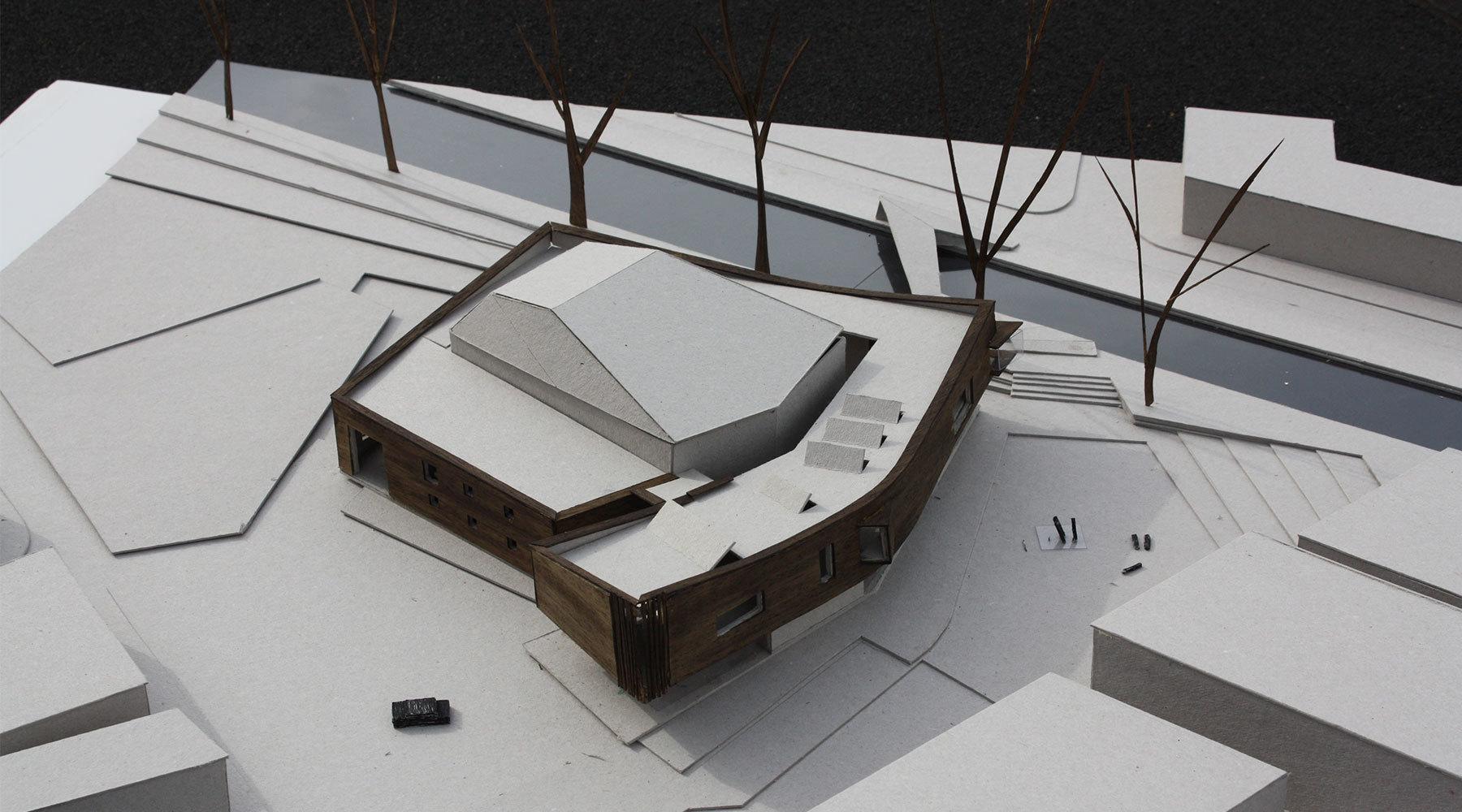 Our Great Patrick Street studio is located in Belfast’s Cathedral Quarter in the former Northern Ireland Electricity headquarters building. Until the 1990’s the building was the ‘switchroom‘ for Greater Belfast, controlling the power distribution and trying to keep the lights on throughout the City during the troubles. In 2005 RMI Partners John Reid and Peter McGuckin led the regeneration of the building  with the creation of two floors of studio space and an art gallery on the ground floor, now occupied by the Golden Thread Gallery.

Our open studio working arrangement ensures creativity and cross-fertilisation of ideas and skills across project teams and types. We believe in a collaborative approach to design which involves clients, design team and stakeholders. We also believe that better design comes through challenging assumptions, rigorous testing of ideas and critical analysis of ideas and proposals. We routinely carry out internal and peer review design critiques using drawings, diagrams, physical models and computer generated models to explore design alternatives. These are used to explore many different aspects of design proposals such as architectural form, massing, scale and materiality.

At RMI we have a fantastic team who are passionate about design, motivated by new challenges and who share our goals of creating buildings that have a strong sense of place, are well crafted and that can inspire and enrich our lives.

All projects are led by a Project Partner and managed day to day by the Project Architect. We actively promote continual professional development and provide mentoring and financial support to help staff achieve their personal career goals as we believe this ultimately improves the Practice and the quality of service we can offer to our clients.

The studio format promotes flexible working methods whereby staff get to work on a wide range of project scales and types but are also encouraged to develop specialism’s which enhance the Practice and their own professional development. 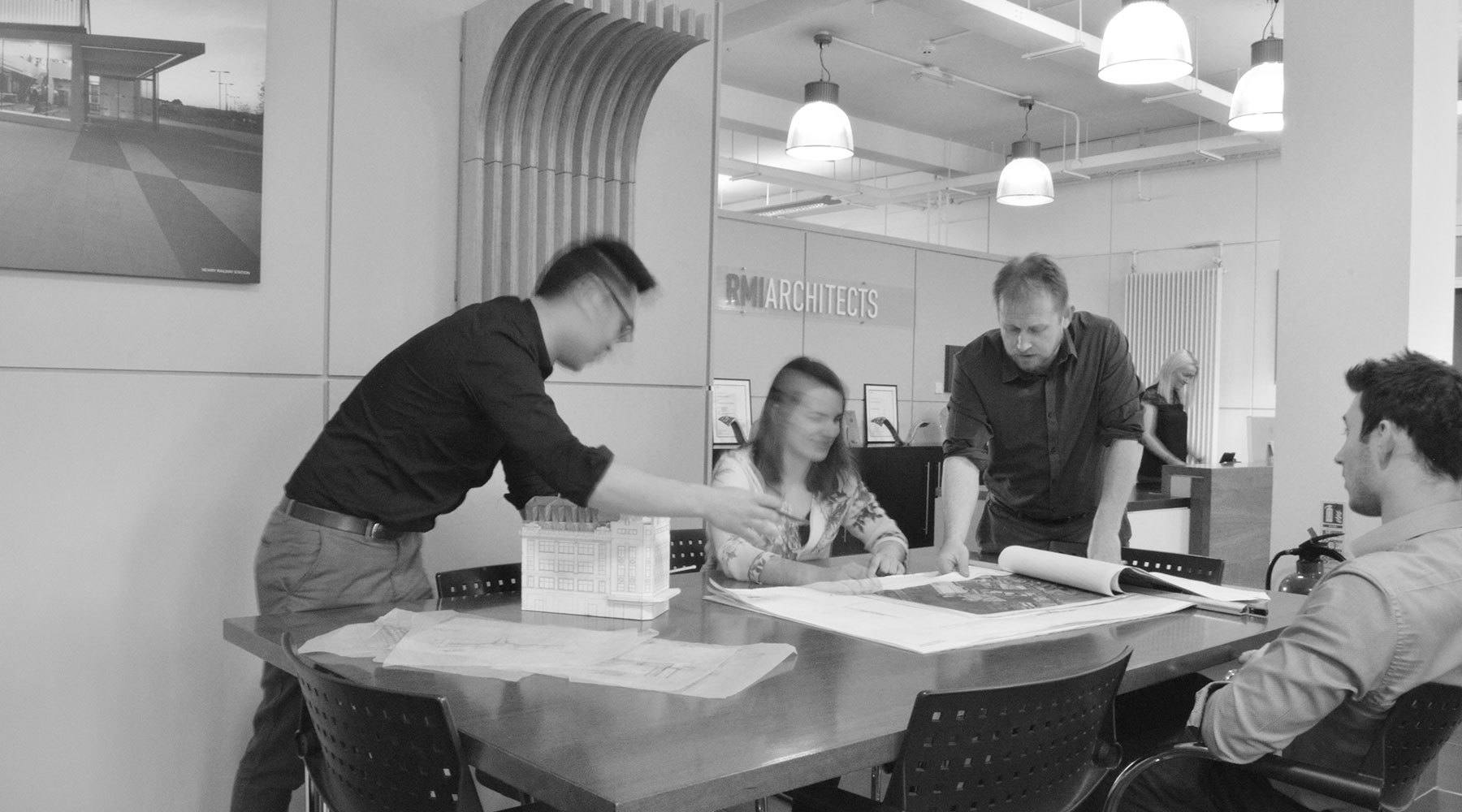 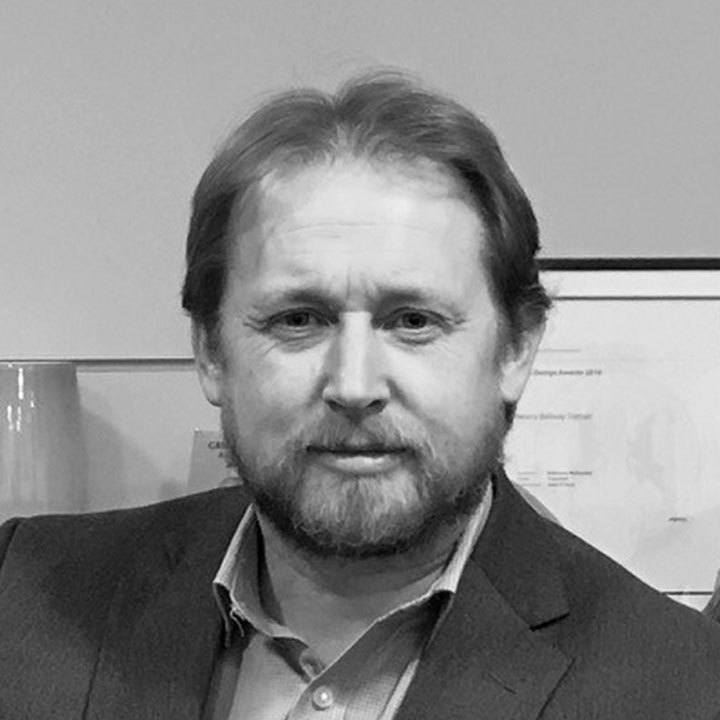 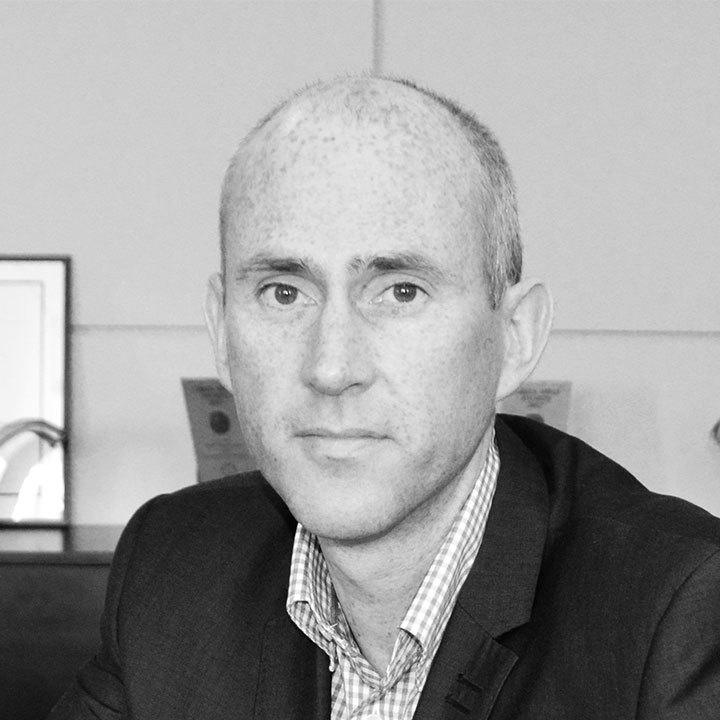 RMI Architects is an Architectural Practice committed to delivering high-quality contemporary Architecture and providing an excellent service for our clients. Our work is spread across both public and private sectors and across a broad range of sectors from residential, commercial, education, energy, conservation and masterplanning.

Robinson McIwaine Architects was founded in 1963 by Victor Robinson and Derek McIlwaine and has evolved into RMI Architects which is currently led by third generation Partners Rob Jennings and Stephen Miskelly.

Since its inception, the Practice has been committed to delivering award-winning buildings and this has been recognised with many awards and accolades, including twice receiving the Liam McCormick Prize for Building of the Year. 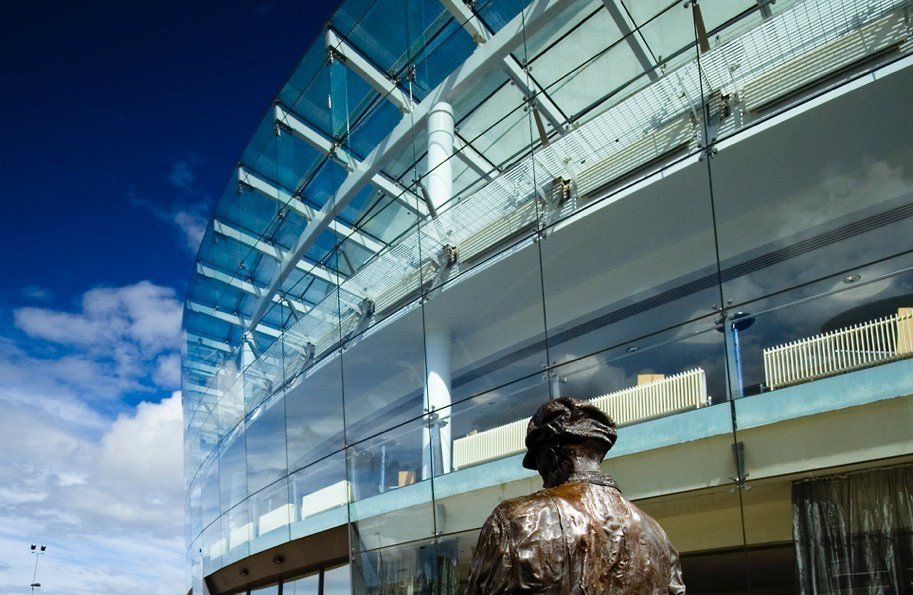 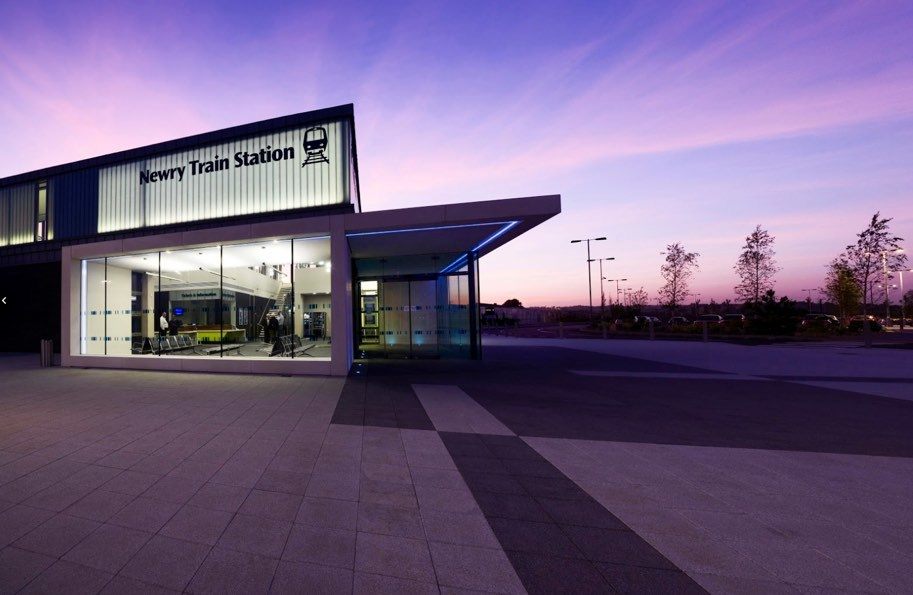 RMI Architects has evolved over the last 50 years from Robinson McIwaine Architects, founded in 1963 by Victor Robinson and Derek McIlwaine. From the outset founding Partners Victor and Derek were committed to innovative and contemporary design and during the early years the won numerous RIBA, RIAI and RSUA design awards, most notably for projects such as The Waterfront Hall (2004), Canyon Europe (1998) and The Spinning Mill (1979)

During the 1980s the Practice secured its biggest commission to design Belfast’s new Waterfront Hall. Completed in1997 the Waterfront Hall became an iconic symbol of Belfast and Northern Ireland emerging from the troubles and the design won numerous awards, most notably the Liam McCormick prize in 1997 together with RIBA and RIAI regional awards.

Buoyed by the success of the Waterfront Hall, the Practice grew under the stewardship of John Reid and Peter McGuckin and were later joined by John Fitzgerald. Having outgrown offices firstly in Malone Avenue and then in James Street South the Practice bought the derelict former NIE headquarters on Great Patrick Street and developed these into purpose built studios on the upper floors to accommodate the burgeoning architectural team and a new Contemporary Art Gallery on the ground floor.

Once again the Practice won the Liam McCormick prize in 2004 for the New Bar Library, the new headquarters of the NI Bar Association next to the Grade 1 listed NI Law Courts in Chichester Street Belfast.

The practice grew in its diversity and scale of projects yet each project remained underpinned by the core values of looking for contemporary design solutions with a strong contextual sense of place. The workload over 30 years grew across the residential, health, retail, commercial, cultural and public sectors and in 2004 the Practice began its long association with Titanic Quarter with the £65m commission for the Abercorn Apartments, the largest single residential and public realm development in Northern Ireland at the time. Since then the Practice has continued its involvement in Titanic Quarter with the prestigious commission to convert the former H&W drawing offices and HQ into the new Boutique Hotel and public pavilions.

In recent times the Practice has continued to evolve while maintaining true to its core values. In 2016 the Practice has once again gone through a period of transition with Rob Jennings taking over the role of Managing Partner, Stephen Miskelly becoming a Partner alongside John Reid, while Peter McGuckin moved into a consultancy role. The successful transition and blend of skills, experience and energy has helped to ensure that the founding principles and drive for design excellence and quality of service are maintained. 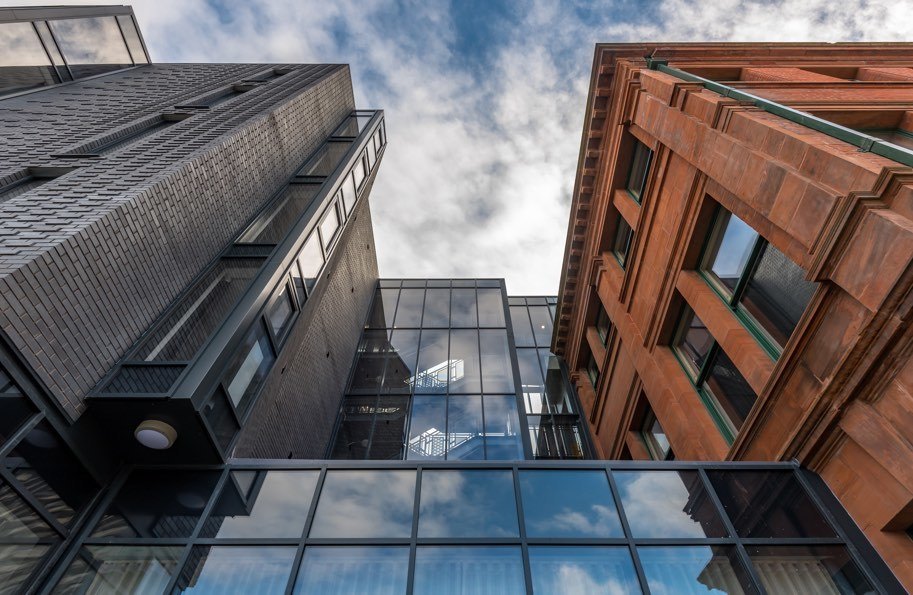 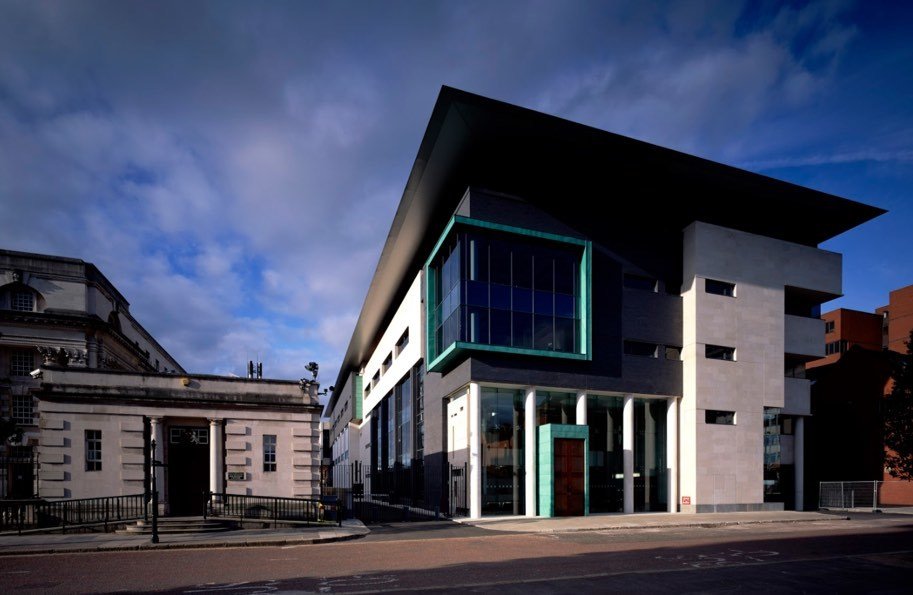 The Harland & Wolff Drawing Offices and Headquarters building - one of Northern Ireland’s most significant and important Grade B+ listed historical buildings.