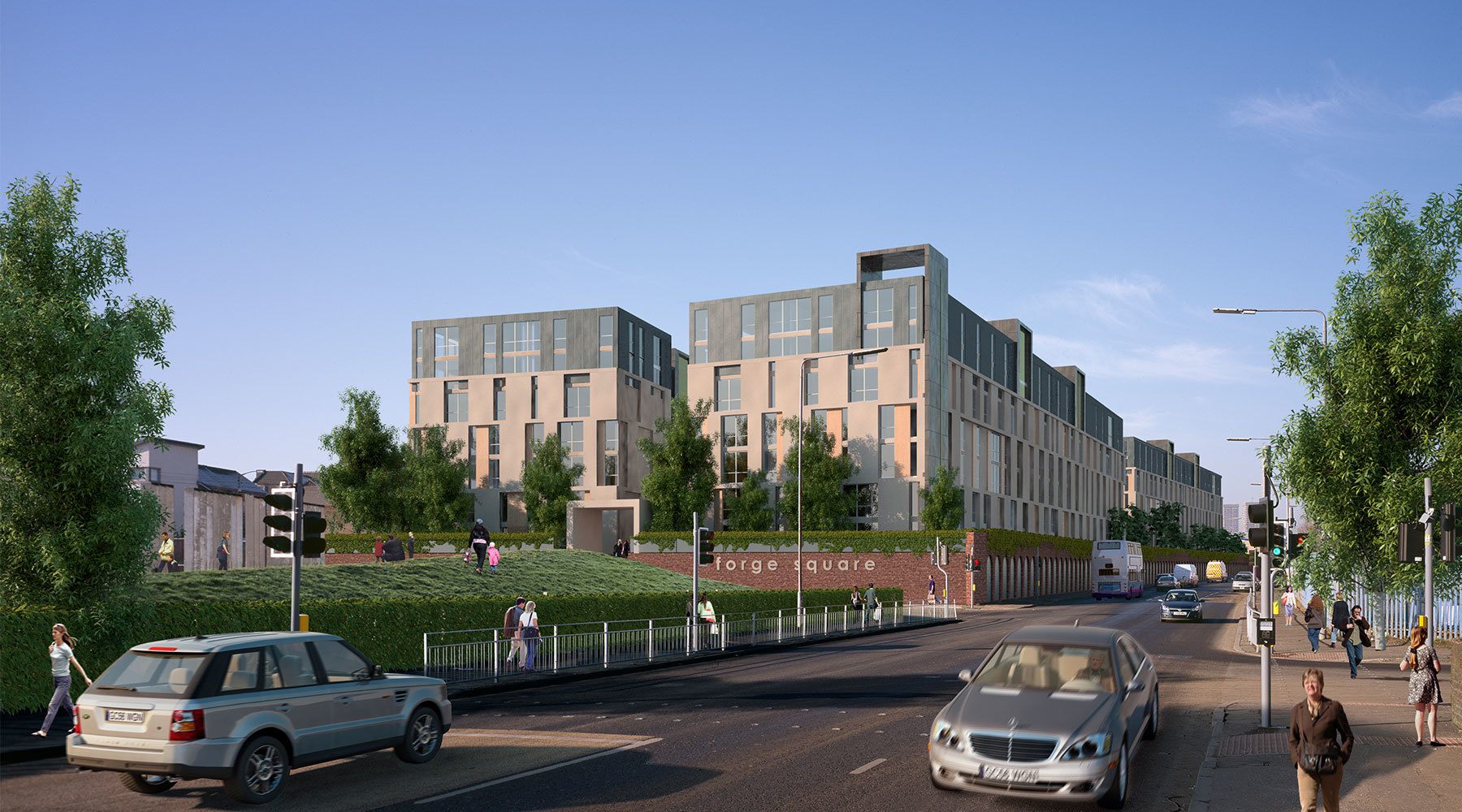 RMI were appointed in 2009 for the design of a residential and live/work development on a former steelworks site in the East End of Glasgow. The proposal comprised of 458 apartments and 6000ft2 of workspace units formed around two courtyards and with basement level parking. The design was based on the traditional Glasgow urban blocks and involved a reinterpretation of the much derided Glasgow tenement. In-particular the design was inspired by the work of eminent Scottish architect and architectural theorist Alexander ‘Greek’ Thompson.

Consistent with the 19th Century Georgian and later Victorian traditions a small number of components and a high degree of repetition and modularity meant that construction costs could be kept down while allowing high quality stone finishes to be used. Subtle variations in the design of standard components ensured variety and interest in the elevational treatment with the result that large urban scale tenements and blocks, crescents or grand terraces were cost effective to build.  It is  in this tradition that RMI developed the Forge Square scheme, where the use of high quality finishes would help to create a rich and secure environment and the new homes were cost effective to build and affordable, particularly within the depressed housing conditions of Glasgow’s east end.

The £50m scheme was hailed as an exemplar for new housing in the City and planning approval was granted within eight months of lodging the application. Unfortunately the scheme did not progress due to the onset of the recession. 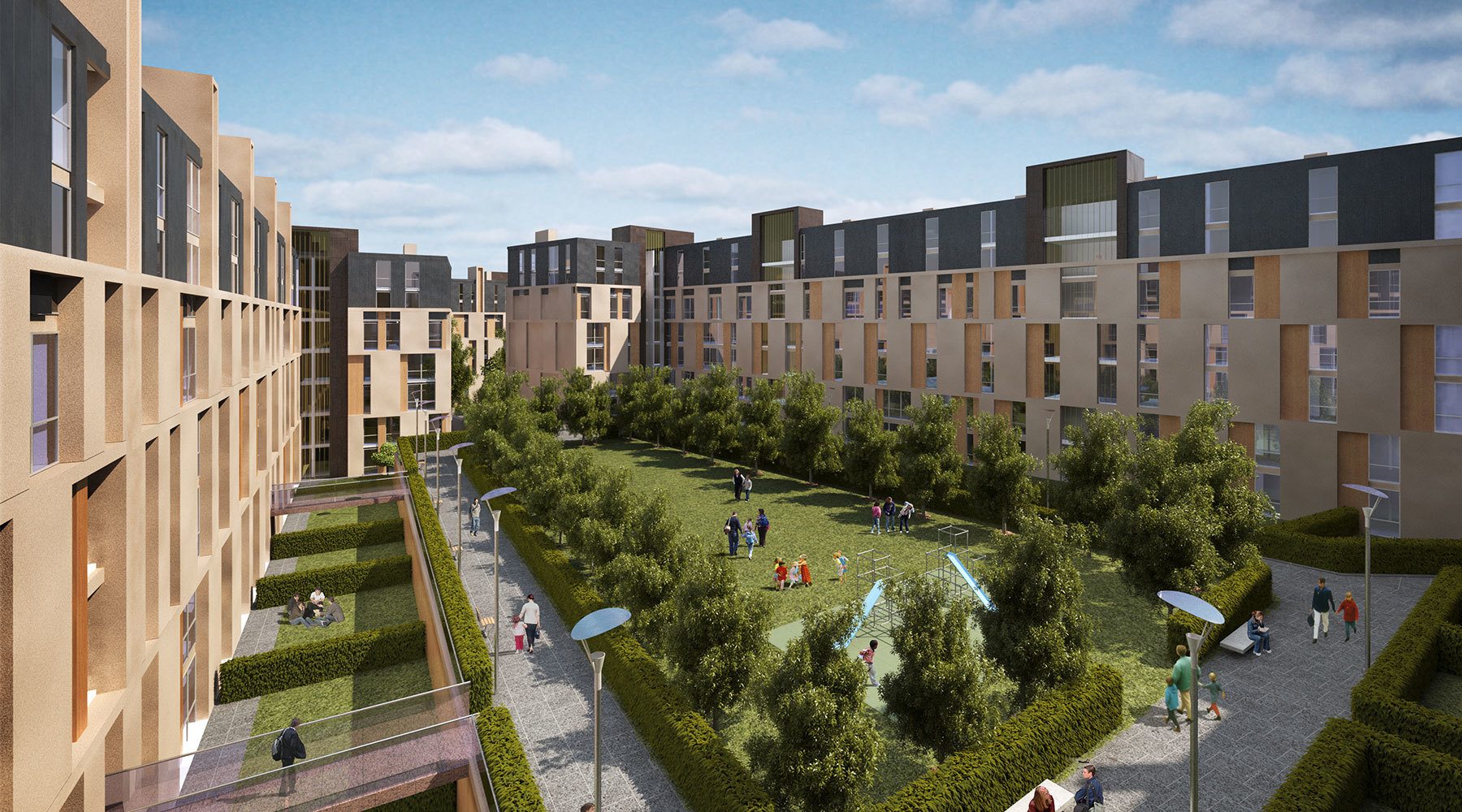 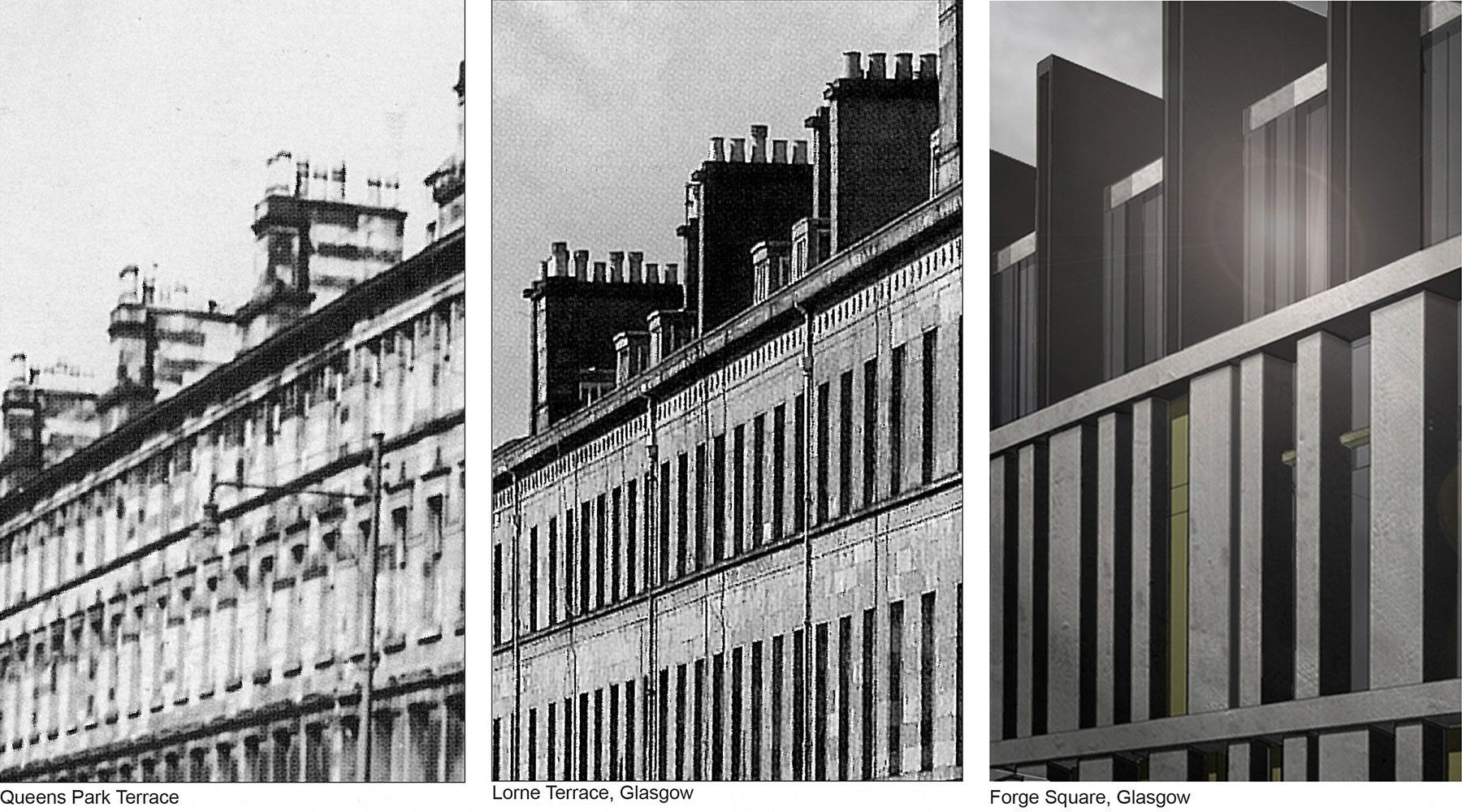 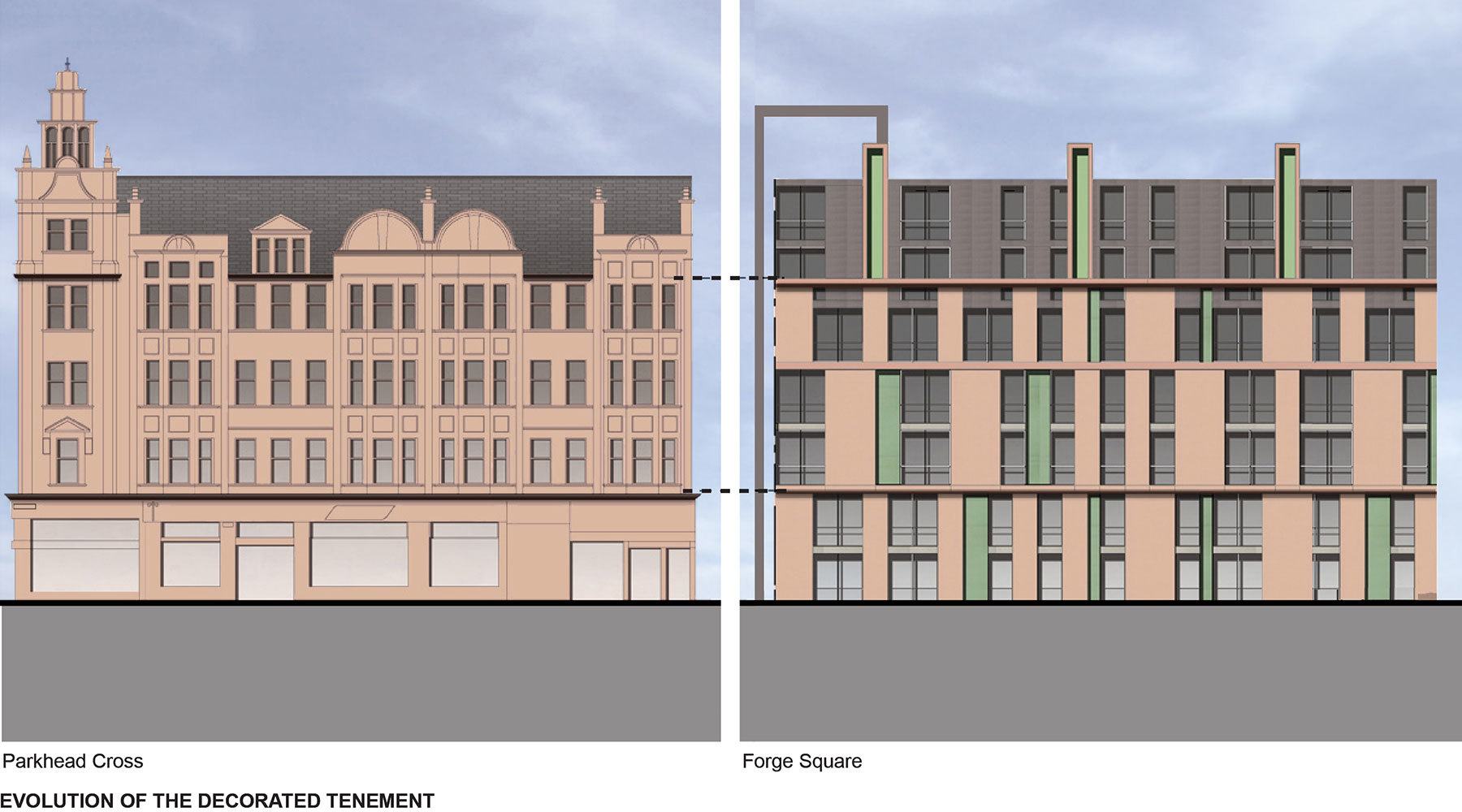 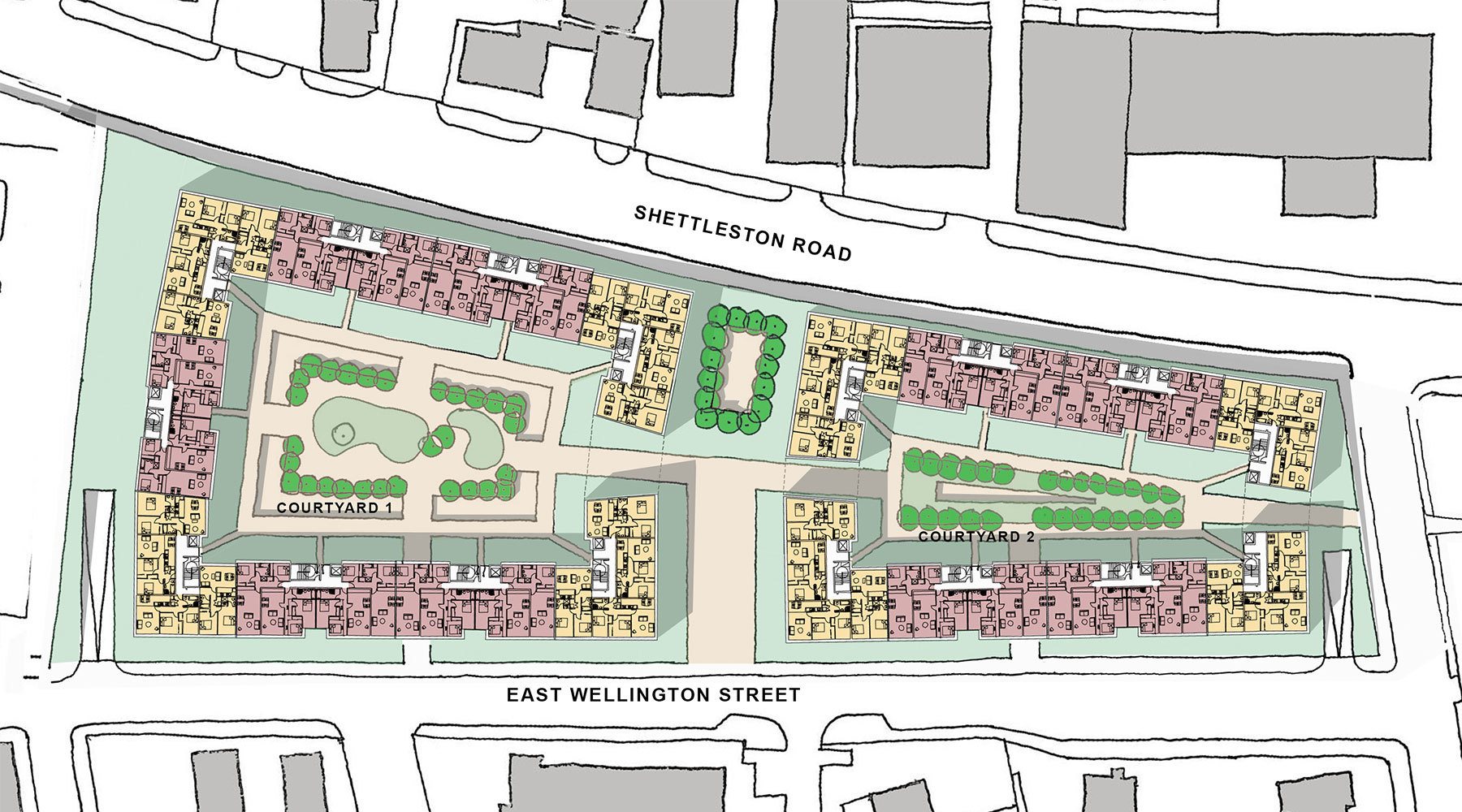